Aug 24 Posted by The Viceroy in News 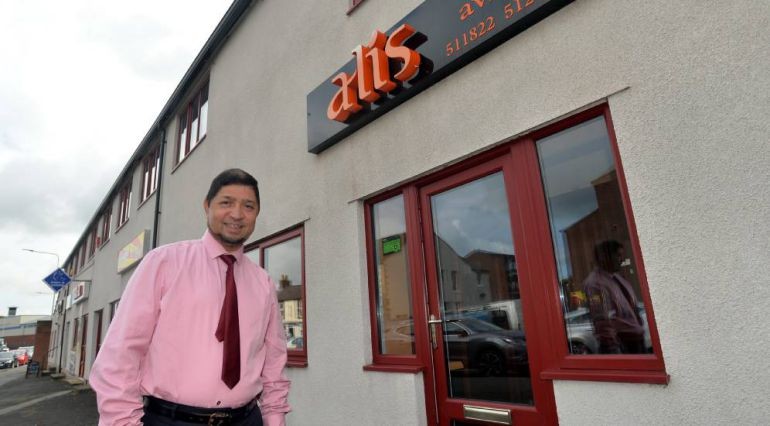 FLOOD-hit Carlisle Indian restaurant The Viceroy is set to reopen this autumn in a new home.

The popular curry house was forced to close after its premises in Rigg Street, Shaddongate, were inundated with water when Storm Desmond hit the city in December.

It was the second time that the Viceroy had been forced to close, having been shut for 13 months after the floods of January 2005.

Owner Sukur Ali says he can no longer insure the building so has no option but to move.

His intention is to reopen on the opposite side of Shaddongate.

He has planning permission to create a new restaurant above Ali's takeaway, which he also owns:

He has high hopes for the new location. The restaurant will sit on the first floor of the building, and have 80 covers.

Mr Ali said: "We have been flooded twice and the insurance people won't provide flood cover.

"It was important to us to stay in this area [because] our customers know us as being here.

"We are hoping that we will be open before Christmas, hopefully the end of October if everything goes well."

He added: "The restaurant will be different to anything else in Carlisle. We have got a very good interior designer. It should be a very smart restaurant."

The Viceroy opened in 1991 and is firmly established as one of the top Indian/Bangladeshi restaurants, not only in Carlisle but in the north west of England.

It has won multiple awards for its cuisine, including the title of 'best curry house in the north west' from The Spice Times Restaurant Awards and the British Curry Awards.

Mr Ali is keen to get started on redecorating the rooms, which are currently not in use, but wants to make sure that he gets the right people in to carry out the work.

The old building in Rigg Street was leased by the restaurant and Mr Ali has no idea what will become of it.

At least four jobs will be created when the new Viceroy opens.

He said: "At the moment we have about eight [staff] and now we will need at least 12 people, both front [of house] and in the kitchen."

He said it was a struggle for Indian and Bangladeshi restaurants to find staff, especially chefs, with the necessary skills and experience.

Tough immigration laws have made it hard for chefs to come to the UK while many of the current generation of British Asians are not interested in careers in catering, he said.

He added: "I am quite lucky as I have two sons who are interested."